Posted by Houston News at 5:43 PM No comments: 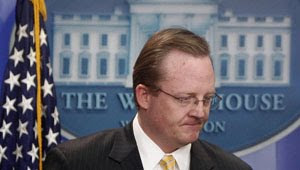 Posted by Houston News at 8:12 PM No comments: 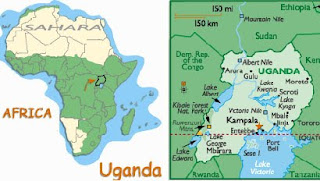 Posted by Houston News at 6:43 PM No comments: 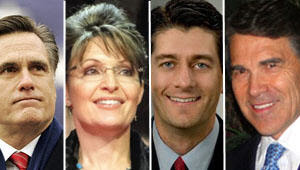 NewscastMedia.com Houston news — In less than two years, Obama is likely to face one of these GOP rising stars in a battle for the White House. Ron Paul had a very successful grassroots campaign and raised a lot of money over the Internet, however, I think the media will give him less coverage as they did in 2008, due to his views on the war, the IRS and the Federal Reserve. I have therefore narrowed the field down to the above-listed candidates.

Mitt Romney the former Massachussettes governor has successfully raised money for fellow Republicans through his Free and Strong America PAC. He is an effective fundraiser and also a staunch critic of the Obama administration especially with issues related to the economy.

Former Alaska governor Sarah Palin formed her political action committee, SarahPAC, and eventually resigned from her governorship in July 2009. Virtually every candidate she has endorsed has won his or her election. Sarah Palin told Larry King she hasn’t ruled out the possibility of running in 2012.

Paul Ryan, the Wisconsin Congressman, introduced his “Roadmap to America’s Future” in 2008 and released an updated version in January 2012. An incredibly astute economist, Ryan publically challenged Obama’s Obamacare at the 2010 Health Care Summit and is known for the quote, “Hiding spending doesn’t reduce spending.”

Rick Perry, the current governor of Texas is running for an unprecedented third term because in Texas there are no term limits. Perry has never lost an election and earlier in 2010 enlisted his friend Sarah Palin, who campaigned for him before the primaries. Perry defeated Kay Bailey Hutchinson and Debra Medina, and will
be running against former Houston mayor Bill White in November.

Should George P. Bush decide to run in 2020 he will be virtually unstoppable. His Hispanic background on his mother’s side gives him a huge advantage over any other candidate, Democrat or Republican, because the demographics are shifting and the Hispanic community will be a force to be reckoned with politically, in the coming years. In 2007 he signed up for eight years as an officer in the Navy Reserves, and I suspect “P” as he likes to be called, will run for the Texas
governorship in 2016, and later on for president in 2020.

Josh Mandel is also another GOP hopeful whose star is quietly rising. Mandel won a second term as a State Representative in a heavily Democratic district in Ohio, and has championed lowering taxes for Ohio residents. He served eight years as an Intelligence Specialist in the U.S. Marine Corps Reserves, and in 2009 announced his candidacy for Ohio Treasurer of State.
http://www.newscastmedia.com/risingstars.htm

Posted by Houston News at 9:53 PM No comments:

NewscastMedia.com Houston news — The Guy Expo is no place for beta males. The theme is “All Thing Alpha,” for all the alpha males out there. The event first debuted in Saint Paul, Minnesota, and also held in Houston at the George R. Brown Convention Center. It caters to the guy’s guy and there’s nothing wimpy or soft spoken about it. It aims to be fun, loud, entertaining and slightly irresponsible. The event has chicken wings, Hooters November-fest beer garden, fiery foods, home improvement gear, pro sports teams and a tricked-out garage. Not to mention contests, prizes and autographed sports memorabilia.

Posted by Houston News at 9:50 PM No comments: 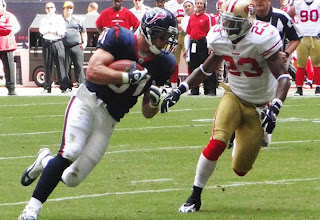 NewscastMedia.com Houston News — The Houston Texans gave us a behind the scenes look at their training camp including an interview from QB Matt Schaub and Dan Orlovsky at the Methodist Training Center. Explore our gallery of images.

Posted by Houston News at 9:43 PM No comments:

Posted by Houston News at 9:39 PM No comments: